You are here: Home / Testimonials

What our clients had to say. 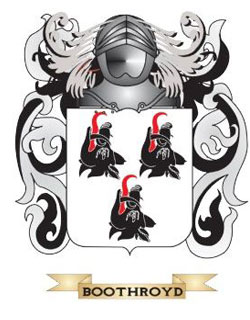 CFO OF AN INVESTMENT COMPANY.

“I will never be able to repay Boothroyd for what the team did for me. At every turn they went above and beyond and gave me evidence that put me ahead of someone who was constantly lying to me. From my initial call with Mr Carrigan he put my mind at ease and then got on a flight to the Philippines less than 24 hours after meeting me. In extremely horrendous conditions he and his colleague got fantastic pictures and video evidence. I have also used their services a few times in the UK and each time they have surpassed my expectations. Their surveillance techniques, experience, integrity and advice are second to none. I would highly recommend, this team is first class”.

“I was adopted and a woman I was brought up to believe was my aunt I learned was in fact my birth mother. She reluctantly gave me scant information as to who my father was as she had worked with him in the early 1970’s in a factory. The man who would have been late teens or early 20’s the factory has closed some time ago. I had a name for him and believed he was a good singer and played the guitar. I had previously hired other agencies who couldn’t find him as they said the name was too common. I thought to give it one more chance and hired Boothroyds. I was delighted and excited when I received a call to say they had located a man who was probably my father they even sent a current photo of him. I didn’t know what to do next they kindly guided me with a suggest to write to the man. I wrote a letter and asked if Boothroyds would hand deliver it so as to make sure the right person got it and that it was done as discretely as possible because it was such a delicate situation. The letter was delivered and two days later I received a call from my birth father who turned out to be a real gentleman. I cannot thank Boothroyds enough and I am eternally grateful to them. I cannot believe the found him with such little information”.

“Our company had been victim of a complex fraud which was conducted over a long period of time by a senior staff member at one of our branches. We hired Boothroyds to investigate. Their investigators were extremely experienced and firstly got acquainted with our systems and procedures. They painstaking work through the problem interviewing staff and conducted computer forensics in the course of the investigation. The culprit was identified as was the 6 figure some we had been exposed to. The overwhelming evidence was presented including a full confessions which was obtained as a result of the detectives interviewing skills. The matter was passed to the police and other authorities. Boothroyds come with my highest recommendation”.

Call us now while you have the number to hand – confidentiality is guaranteed.

Your first telephone or online consultation is FREE.

People needing help contact us every day and most of them are using an investigator for the first time.